Since the demand for military robots is a direct proponent of the ongoing procurement and upgrade of the fielded armada of aerial, terrestrial, and naval platforms, it is significantly affected by the sanctioned annual defense budget of the nations. The COVID-19 pandemic had a moderate impact on the market in focus due to disruption in the defense supply chain. The ongoing global economic slowdown is anticipated to result in a subsequent decline in defense spending on a short-term basis.

The changing texture of warfare and the price placed on war casualties have also favored robot deployments in modern wars. Casualties in the past wars have raised concern and resulted in most governments investing in new unmanned systems to maintain a fleet of UAVs, UUVs, and UGVs for critical missions.

Countries are collaborating on advanced technologies in robotics to develop new vehicles that can overcome the challenges and support the ground troops for future warfare. Additionally, the major players in the industry are supported by government bodies that make substantial investments, which enables them to spend more on R&D, allowing the companies to innovate continuously and introduce more efficient and advanced technologies.

The land segment is expected to grow with the highest CAGR during the forecast period, as the land forces are deploying sophisticated military robots in situations and areas that are deemed too dangerous and can easily result in the death or capability restriction of the deployed troops. Several countries are either testing the current feasibility of robotics in their land-based armed forces or envisioning to deploy them on a large scale in the future. Under the Man Transportable Robotic System Increment II (MTRS Inc II), the US Army is acquiring unmanned ground vehicles to support engineers, chemical, biological, radiological, and nuclear (CBRN) soldiers and special operations forces. The new UGVs are replacing the aging non-standard fleet of robots for locating, identifying, and clearing landmines, unexploded ordnance, and improvised explosive devices, which may enhance the maneuverability and survivability of the military personnel. Under the MTRS Inc II has been acquiring Centaur unmanned ground vehicles since 2017. Similarly, Russia created its first unit of strike robots, and it has plans to integrate a variety of robots and exoskeletons. In April 2021, the Russian Defense Ministry announced the creation of a separate unit of military robots comprising five Uran-9 robotic systems. Manufactured by Kalashnikov Concern, the Uran-9 is a tracked unmanned combat ground vehicle designed to assist combat, reconnaissance, and counter-terrorism units, along with fire support. The 12-ton robot is integrated with Ataka guided weapons, anti-tank missiles, Shmel-M rocket launchers, 30mm 2A72 automatic cannon, and a 7.62mm machine gun. Such plans of the countries to adopt robots are expected to drive the growth prospects of the land segment of the market studied.

Asia-Pacific Region will Witness Highest Growth During the Forecast Period

The major countries in the region like China, India, and Japan, among others, have been rapidly increasing their defense spending in the past few years. Out of the total defense spending, the countries have significantly invested toward the development and deployment of unmanned systems into the armed forces that can enhance their combat and surveillance capabilities. For instance, South Korea's Defense Acquisition Program Administration (DAPA) announced the successful completion of the exploratory development phase for the 6×6 Unmanned Surveillance Vehicle in April 2021. With the completion of the exploratory development phase, the agency is expected to begin the full-scale development of the strike-capable platform in the coming years. Earlier in December 2020, the DAPA awarded a contract of KRW12 billion (USD 11 million) to local defense prime LIG Nex1 to develop highly autonomous underwater robots that can perform precise navigation and collision avoidance to boost the Republic of Korea Navy's (RoKN's) mine countermeasure (MCM) capabilities. The new mine detection AUV will be developed by 2023. A similar trend of local manufacturing is observed in other countries of the Asia-Pacific region. In this regard, Zhong Tian Zhi Kong Technology Holdings Company unveiled its ''Mule-200'' unmanned ground vehicle (UGV) in March 2020 that can transport ammunition and supplies or provide fire cover. The UGV is equipped with a gasoline-electrical hybrid engine that can carry a 200 kilograms payload, and it is capable of traveling in all kinds of terrain at a top speed of 50 kmph with the longest range of 50 km. The escalating border tensions between various neighboring countries of the Asia-Pacific region are anticipated to accelerate the growth of the military robotics market during the forecast period.

The market for military robots is a highly fragmented market, due to the presence of multiple established military OEMs and technology firms. Some of the prominent players in the military robots market are Lockheed Martin Corporation, Northrop Grumman Corporation, Thales Group, Elbit Systems Ltd, and BAE Systems PLC. There are many local players in the market, such as Defence Research and Development Organisation (DRDO), Baykar, and Milrem AS, among others. The small players funded by the government are expected to play a key role in developing and maturing the robotics technology over the next decade, while the military forces test and experience the technology's challenges, risks, and benefits and settle on key expectations and technological necessities for their equipment. Next-generation military equipment and platforms being developed by the group of large players will need to be observed keenly on their progress and technology development, as they would be targeting to acquire/partner with players operating in their fields of interest. 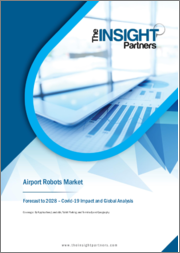 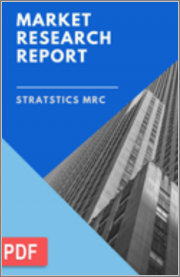