The global aerospace and defense (A&D) manufacturing sector is undergoing an unprecedented disruption due to the COVID-19 pandemic. However, the defense sector is expected to remain stable and even grow as most countries have not reduced their defense budget and remain committed to sustaining their military capabilities. Supply-side shocks are perhaps some of the most visible effects of the pandemic's impact on the defense sector. Firms located in countries badly affected by COVID-19 or those that are dependent on supply chains located in affected countries are the immediate victims of the pandemic. Thus, due to the widespread disruption in the supply chain, some of the defense programs could face minor cost escalations and delays in the short term.

Aviation is one of the major industries that extensively use X-band radars. X-band radars are deployed for a plethora of applications in the industry, including weather detection, bird activity detection, and anti-icing remote sensing. Nevertheless, the emerging trends such as the accelerated development of dual-band radar, the miniaturization of radar architecture, and the increasing scope of application of X-band radar in space-based applications are anticipated to have a positive effect on the market in focus in the upcoming period.

The Defense sector is anticipated to continue its dominance in the market in focus during the forecast period due to the increasing use of network-centric warfare (NCW) technologies. NCW was devised by the US military during the 1990s and requires a thorough integration of sensors, communication networks, command centers, and associated platforms to achieve complete situational awareness and perfect synchronization between sensors and responders in a fast-paced environment. The focus of NCW is the assimilation of minimum information that needs to be exchanged. Therefore, effective ways to capture that information and best portray it into actionable intelligence require the integration of precise navigation sensors to triangulate the position of a military platform for effectively serving the mission. Most X-band radars are used along with airborne, naval, and satellite platform radars for target integration.

Militaries around the world are making considerable long-term strategic investments in X-band radar and are promoting NCW as part of military transformation. In April 2017, the US Missile Defense Agency (MDA) awarded a USD 10 million contract to Raytheon Technologies Corporation to continue the development of hardware and software that will add gallium nitride or GaN semiconductor technology to the AN/TPY-2 ballistic missile defense X-band radar. The GaN enhances the range, search capabilities, and Identification Friend or Foe (IFF) capabilities of the AN/TPY-2 radar. On this note, in April 2021, the US MDA awarded a USD 243 million modification to the aforementioned contract for a single unit of the N/TPY-2 radar system to support Terminal High Altitude Area Defense (THAAD) Battery #8.

North America to Dominate the Market During the Forecast Period

The US defense forces aim to achieve total technological dominance over their rival nations and hence are frequently fielding state-of-the-art technologies to gain a tactical advantage on the battlefield. In November 2017, the US Navy initiated the improvement process of the current AN/SPQ-9B X-band radar and created a next-generation low-cost, lightweight, active phased array radar by 2027. The new radar system is envisioned to have multiple capabilities, including anti-aircraft search and tracking, surface target search and track, detecting submarine periscopes, and identifying unidentified targets.

The US Navy envisions to equip these systems, with an estimated cost of around USD 30 million per unit, on its entire fleet. The US Navy wants to develop baseline concepts for FXR, come up with realistic SWAP-C and effective isotropic radiated power, or EIRP estimates based on flyaway cost. Hence, the US research agencies are actively engaging in R&D activities to develop a proof of concept of sophisticated software programmable X-band radar systems using low-cost antenna array technology with digital beamforming architecture based on multiple receiver channels. As of June 2018, the US military was envisioning installing a missile defense radar in Hawaii at a potential cost of USD 1 billion to identify any ballistic missiles fired from North Korea or elsewhere.

Various players, such as Raytheon Technologies Corporation, FURUNO ELECTRIC CO. LTD, Northrop Grumman Corporation, Leonardo SpA, and Thales Group, hold significant market share. Various initiatives and product innovations are being made by companies, which have led them to strengthen their presence in the market. In December 2019, FURUNO ELECTRIC CO. LTD showcased its new IMO-compliant X-band solid-state marine radar at the Marintec China 2019 event. In February 2020, the company introduced the new NXT solid-state options for its commercial FAR2xx8 radar and FAR3000 chart radar series, available in both X-Band and S-Band configurations. The NXT solid-state radars rely on electronic components rather than magnetrons to generate their microwave pulse, requiring less power than traditional radars. Since the requirement of pre-heating of a magnetron is eliminated, the startup time of solid-state radar is significantly reduced. Furthermore, since there are no consumable components, maintenance costs of NXT solid-state radar are also drastically reduced.

Similarly, in January 2021, HENSOLDT UK unveiled the SPEXER 600 mid-range, X-band ground surveillance radar designed to enable offensive operations such as long-range fire support while also support defensive missions such as force protection for static installations and mobile ground formations. The SPEXER 600 is capable of automatic detection, classification, and tracking of ground, coastal, and low-flying air targets at a maximum range of 400 km. 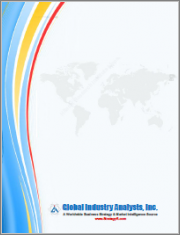